Understanding the options available to those arriving can be complex. The options to remain are equally complex.

Lisa McKeogh BL – along with colleagues at the Immigration, Asylum & Citizenship Bar – reviews the main options to those considering coming to, and remaining in, Ireland.

With the invasion of Ukraine, Europe is facing the greatest crisis of people fleeing since the Second World War. As part of our response, the specialist Bar association dealing with asylum, immigration and citizenship, IACBA will be publishing a series of pieces explaining the law in this area.

In response to the Ukraine crisis, there is one immediate route into the country (via visa waiver) and two principal routes to remaining in Ireland

On the 25th of February,  the government waived the requirement that Ukrainian people need a visa to travel to Ireland.

That is not the same as saying any Ukrainian arriving into Ireland now has asylum here, or that asylum is the only option. Because this is such an important a topic at the moment, it is important to set out how international protection works.

The natural question to ask then is: if a Ukrainian arriving in the State has 90 days to regularise their position, what does “regularise” mean?

What does ‘Regularise your position’ mean?

To answer that, we first have to look at the law of international protection. All asylum law ultimately goes back to the Geneva Convention 1951 (“the Convention”). It was a reaction to the history of the persecuted being refused asylum before WW2, and asylum law has developed on it since.

If asylum law developed because of World War II, it is unfortunately not true that the invasion of Ukraine is the first war in Europe since 1945. Thirty years ago, the wars around the break-up of Yugoslavia had already begun.

Modern asylum law in the EU was shaped by these Yugoslav Wars. It is no coincidence that the first Act dealing with asylum in Ireland as a proper statutory system, rather than ad hoc, was the Refugee Act 1996. Nor was Ireland alone in realising that the shock of the Yugoslav Wars, with a conference in Tampere in Finland in 1999 setting up the move to what has become the Common European Asylum System. This means that asylum law is reasonably coherent across most of the EU, with common regulations, like the Dublin III Regulation which decides which Member State decides a claim for international protection, and common Directives, like the Procedures Directive or Qualification Directive[3].

The “most” is important. Not every piece of EU international protection legislation applies in or to Ireland. Ireland has an option in relation to this in the Treaty on the Functioning of the European Union[4]; only the specific EU international protection legislation we choose to opt into applies to us, and to claims here. Therefore, it is important to understand how claims are dealt with here.

The recently activated Temporary Protection Directive[5] provisions, set out by way of section 60 of the International Protection Act 2015 are likely to be the chief recourse for such regularisation.

Given its importance in the current crisis, there is a separate, dedicated information resource on this  which covers the interaction with international protection as well. Temporary Protection is not however the only option.

B: Subsidiary protection, and

A refugee is a person fearing persecution because of one of six grounds; race, religion, nationality, political opinion or membership of a particular social group[6]. These are usually referred to as a “Convention nexus”, because they are contained in Article 1A of the Geneva Convention in the definition of a refugee, repeated in international protection legislation.  Without these, even persecution or threats to your life will not be enough for a grant of refugee status; they may be criminal, they may be terrifying, but the Convention nexus is part of the test. It may seem counter-intuitive, but fleeing a indiscriminate violence in war-zone will not on its own make you a refugee.[7] As well as the Convention nexus, there needs to be an individualised element.[8]

To deal with that gap, EU and Irish law have the concept of subsidiary protection[9]; this is part of why the law refers not just to “asylum” but to “international protection”. Subsidiary protection is of broader scope and is available to persons not qualifying as a refugee but in fear of serious harm. Serious harm however has a very specific meaning and applies only in circumstances where the person faces a risk of harm by the death penalty, torture or inhuman or degrading treatment or punishment of a person in his or her country of origin, or serious and individual threat to a civilian’s life or person by reason of indiscriminate violence in a situation of international or internal armed conflict.[10] This last one will have particular pertinence to the crisis in Ukraine.

Under the International Protection Act 2015 , a person who can apply for subsidiary protection is someone:

(a) who is not a national of a Member State of the European Union,

(b) who does not qualify as a refugee,

(c) in respect of whom substantial grounds have been shown for believing that he or she, if returned to his or her country of origin, would face a real risk of suffering serious harm and who is unable or, owing to such risk, unwilling to avail himself or herself of the protection of that country, and

(d) who is not excluded under section 12 from being eligible for subsidiary protection;

Serious harm is defined to mean:

(a) death penalty or execution,

(b) torture or inhuman or degrading treatment or punishment of a person in his or her country of origin, or

(c) serious and individual threat to a civilian’s life or person by reason of indiscriminate violence in a situation of international or internal armed conflict;

General risk may not be enough[11], but where there is complete indiscriminate violence to which everyone is exposed, that can be enough for subsidiary protection.[12]

A crucial thing to realise is that under the International Protection Act 2015, those granted refugee status and those given subsidiary protection are treated the same; they are “qualified persons” for Part 8 of the Act. One is not better than the other in terms of the protections offered.

C: Application for Leave to Remain

An application for Leave to Remain (also called Permission to Remain) is broader again, and is a general residence application whereby the Minister `considers a number of criteria, including humanitarian concerns, and may decide to grant a residence permission based on this assessment. The criteria considered are set out in S.49(3) of the International Protection Act 2015 and state:

(3) In deciding whether to give an applicant a permission, the Minister shall have regard to the applicant’s family and personal circumstances and his or her right to respect for his or her private and family life, having due regard to—

(a) the nature of the applicant’s connection with the State, if any,

(c) the character and conduct of the applicant both within and (where relevant and ascertainable) outside the State (including any criminal convictions),

(d) considerations of national security and public order, and

(e) any other considerations of the common good.

Apart from International Protection and the Temporary Protection Directive there are a number of other schemes available to regularise residence and obtain permission to reside in Ireland. This will depend on an individual applicant’s circumstances.

By way of summary: the main and likely first considerations for persons fleeing Ukraine are:

Thereafter there may be other options, depending on circumstances or relationships. As indicated above there are a number of different applications or schemes for residence and iIt will depend on the individual situation of the person seeking to reside in Ireland. It is not a one-size-fits-all system, and it is crucial vital to know explore the all options open. As a result, it is crucial any Ukrainian resident arriving in Ireland seeks legal advice about what their best options are.

There are lawyers who will give that advice; the Irish legal community will do what it can, together, to help stand by the values of the rule of law; and this, and the other resource pieces to come, will form part of our efforts along with the pro bono advice IACBA members will be providing to NGOs and frontline bodies assisting new arrivals. 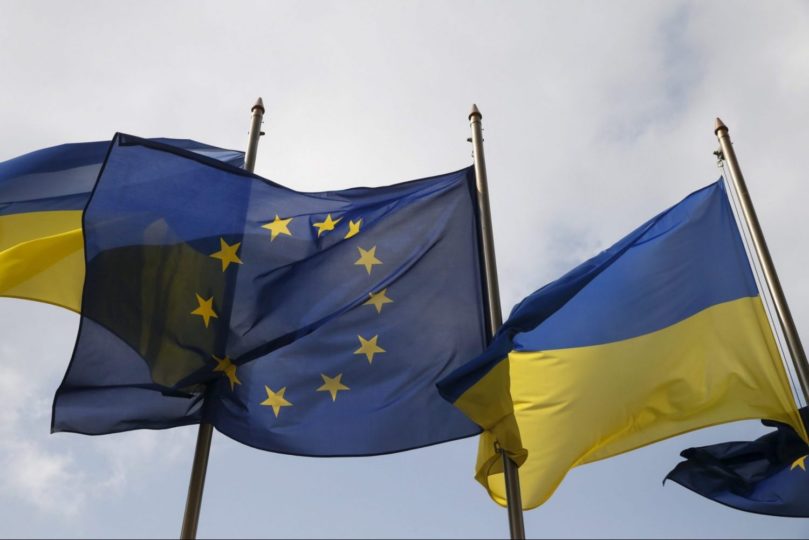 The Immigration, Asylum and Citizenship Bar Association (IACBA) is an association of barristers who are members of The Bar of Ireland specialising in immigration (including EU free movement of persons), asylum and citizenship law, in addition to related areas such as employment permits, family reunification and trafficking in human persons. Their aim is to provide relevant continuing professional development seminars, information and public events to better inform barristers and the wider public of these areas of law.

[2]An internal passport, driving licence or birth cert may be acceptable forms of ID

[3]Because Ireland opts in to EU asylum legislation, there can be differing versions applicable in Ireland than in other EU states. An example is the Qualification Directive, where Ireland still applies the older version, Directive 2004/83/EC.

[7]R (Adan) v. Secretary of State for the Home Department [1998] 2 WLR 702; UNHCR Handbook para 164 “Persons compelled to leave their country of origin as a result of international or national armed conflicts are not normally considered refugees under the 1951 Convention or 1967 Protocol.”

[8]Council of the European Union Joint Position of 4 March 1996 “Reference to a civil war or internal or generalised armed conflict and the dangers which it entails is not in itself sufficient to warrant the grant of refugee status. Fear of persecution must in all cases be based on one of the grounds in article 1A of the Geneva Convention and be individual in nature.”; UNHCR Handbook para.165, “165. However, foreign invasion or occupation of all or part of a country can result – and occasionally has resulted – in persecution for one or more of the reasons enumerated in the 1951 Convention. In such cases, refugee status will depend upon whether the applicant is able to show that he has a “well-founded fear of being persecuted” in the occupied territory “

[11]Recital 26, Qualification Directive: “Risks to which a population of a country or a section of the population is generally exposed do normally not create in themselves an individual threat which would qualify as serious harm.”

The views expressed above are the author’s own and do not reflect the views of The Bar of Ireland.

Compensation for Data Breach Claims – Where are we now?

A practical path to addressing race inclusion at the Bar

Compensation for Data Breach Claims – Where are we now?

A practical path to addressing race inclusion at the Bar