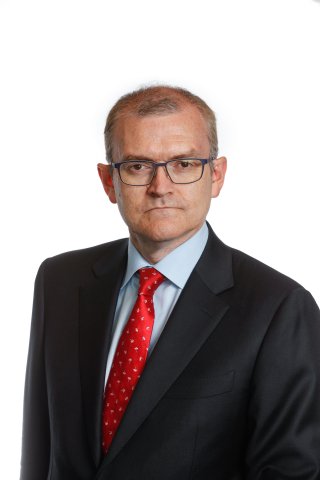 In June 2021, the Government approved the granting of a Patent of Precedence to Ted, entitling him to use the title Senior Counsel. Ted specialises in: Regulatory, Commercial and Media law. Ted also practises in the areas of Professional Negligence litigation; Data Protection law; Judicial Review; and Bankruptcy, Insolvency and Restructuring. He is an Accredited Mediator. Ted is also a former Editor of The Sunday Business Post and broadcaster.

In recent years, Ted has acted in some of the most complex, consequential and prolonged cases ever to come before the Irish Courts. Among the cases in which he acted were four criminal prosecutions relating to Anglo-Irish Bank Corporation and a major civil action by members of businessman Seán Quinn’s family against the Central Bank of Ireland and Others.

2020 – 2021: Acted for the State Respondents (with Peter Ward SC) before the Supreme Court in Kelly v. Minister for Agriculture S:AP:2020:44. The case raised important Constitutional issues relating to cabinet decision-making and alleged bias.

Acted in four of the six Anglo Irish Bank Corporation-related criminal cases; the action by members of the Quinn family against the Central Bank of Ireland and Others; and in connection with the Joint Oireachtas Inquiry into the Banking Crisis.

2013 – 2019 – Represented former IL&P chief executive Denis Casey (with Michael O’Higgins SC). In Mr. Casey’s 2019 Supreme Court appeal in DPP v Casey [2019] IESC 7, the Court recognised the defence of entrapment by estoppel in regulatory prosecutions in Ireland. The Court also recognised officially induced error as an objection to the continuation of a criminal prosecution.

Acted for the Plaintiffs in Reaney v. Interlink Ireland Limited [2018] IESC 13, where, in 2018, the Supreme Court gave an important judgment on lodgements into Court.

Acted in 2018 for K Club resort superintendent Gerry Byrne in Peter Curran v. Gerry Byrne, Michael Smurfit and the K Club [2018] IEHC 722. The Plaintiff’s claim against all Defendants was dismissed. The case featured the highly-effective use of a Norwich Pharmacal order granted in the client’s favour.

Important media law cases include acting for Nikki Pelley in her successful privacy action versus The Sun.

This is a specialist text which explores all elements of the purchase and sale of an insolvent company or business, including the practical, legal and financial considerations. It was written as a practitioners’ handbook and guide. The title gives clear and practical insights into the issues that can arise when a target business is insolvent and how to address them.

The book highlights the more unusual matters a practitioner may encounter during a transaction. Chapters include those on the hive-down of a section of a business; Data Protection Act issues; raising funds; due diligence; creditors’ claims; sales in corporate insolvencies; secured and preferential creditors; disclaiming onerous property; and asset transfer issues. The carry-over of a business name and stakeholder roles are also addressed. It was the first text to deal with the impact of the Personal Insolvency Act, 2012.

The paper and presentation focused, in particular, on the decision in Reaney v. Interlink, in which Ted appeared, culminating in the Supreme Court giving an important decision – of wide application – in respect of lodgements into Court.

The presentation addressed all recent developments in the Irish and United Kingdom Courts relating to claims by insured parties against insurance companies in respect of business interruption claims arising from the Covid-19 pandemic.

The presentation to Flynn O’Driscoll, media law advisers to the Independent News & Media Group, addressed all key recent caselaw and provided specific details and analysis of meanings applications under the Defamation Act, 2009.