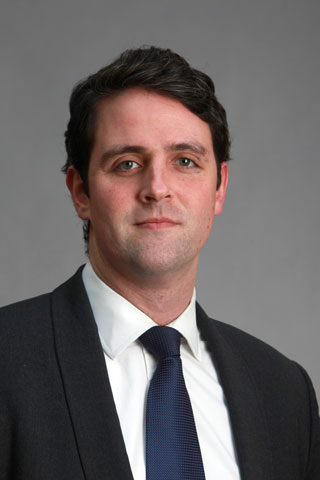 A member of the Irish Bar and the Bar of England and Wales, Sean’s practice is concentrated on Corporate Insolvency & Restructuring, Banking & Financial Services and Commercial & Contract Disputes. He has a particular focus on Regulatory and Data Protection Law, where he has represented Privacy and Data Protection activist Max Schrems at all levels of the Irish Superior Courts and in the Court of Justice of the European Union.

Sean acts regularly on behalf of individuals and corporate entities, including banks, and on behalf of receivers, examiners and liquidators. Sean also helps clients resolve disputes through arbitration, mediation and negotiation, and has also represented clients at statutory Commissions of Investigation.

Sean has appeared in all Irish Courts and has argued appeals before both the Court of Appeal and the Irish Supreme Court on a range of different matters across his practice. In July 2019, he appeared before the Court of Justice of the European Union in a significant data protection dispute relating to the transfer of data from the EU to the United States, which resulted in the invalidation of the Privacy Shield Decision.

Sean is a regular lecturer and speaker on all topics relating to his practice, in particular in relation to corporate insolvency and restructuring.

Data Protection Commissioner v Facebook Ireland Limited & Maximilian Schrems [2017] IEHC 545, [2018] IEHC 236, [2018] IESC 38, [2019] 3 I.R. 255, [2020] IEHC 537; Case C-311/18, Data Protection Commissioner v Facebook Ireland Limited EU:C:2020:559 (“Schrems II“) – Sean appeared for Maximilian Schrems in the High Court, Supreme Court and Court of Justice of the European Union.  This included a 22-day trial in the High Court on complex matters of Irish, EU and US law on privacy and data protection, which involved the taking of expert testimony on the state of US law in the area.  There was also a 4-day hearing on potential amendments or corrections to the original judgment and the appropriate questions to be referred to the CJEU.  Sean represented and made submissions on behalf of Mr Schrems in successfully resisting Facebook’s appeal to the Supreme Court and appeared on his behalf before the CJEU, successfully defending his position, resulting in the invalidation of the Privacy Shield adequacy decision, adopted under Directive EC/95/46.

The Revenue Commissioners v Thirteen Named Creditors [2019] IEHC 692 – Sean appeared for the directors of an insolvent company in relation to the lawfulness of their conduct at a creditors’ meeting and the appointment of the liquidator.  This involved the making of submissions on a novel aspect of the Companies Act 2014 as to the entitlement of the chairman of a creditors’ meeting to seek evidence of power to vote.

Barrington v ACC Loan Management DAC [2018] IECA 31 – Sean represented the Defendant/Appellant in its successful appeal from the refusal of the High Court (Gilligan J.) to dismiss the Plaintiff’s proceedings for delay and want of prosecution.

La Touche Training, 2 Day Conference 10-11 December, 2020 – Sean delivered an updated lecture and paper on Directors’ Liability for Reckless Trading, in order to assist and inform smaller firms and practitioners of their clients’ potential exposure if they are re-commencing trading after the Covid-19 shutdown.

Sean is the Co-Chair of OUTLaw Network, the organisation for LGBT+ lawyers and those working in the Irish legal community.  OUTLaw is dedicated to promoting and fostering the inclusion of LGBT+ individuals and allies in the legal sector in Ireland.  In his role as Co-Chair, Sean liaises with member firms and organises and chairs events and webinars relating to LGBT+ issues in Ireland, including the rights of Rainbow Families, HIV+ activism and Transsexual healthcare.  He also engages in moderated discussions around what it means to be LGBT+ or an ally in the legal community in Ireland, and how each of us can drive equality and inclusion in our workplace.