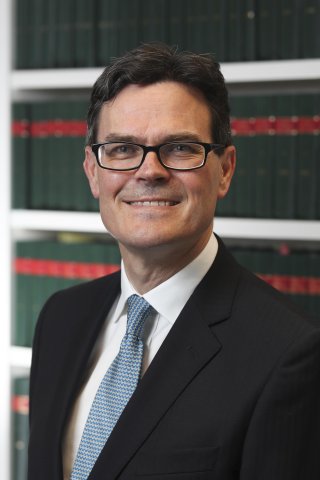 Patrick Leonard is a senior counsel practising in Commercial and Public Law. He has appeared as leading counsel before the Supreme Court, the Court of Appeal, the High Court, the European Court of Justice, and in both international and domestic arbitrations. He has particular expertise in Financial, Construction, Insurance Coverage and Wind Energy Disputes, and a specialist interest in Professional Regulatory Law.

Heanue v Mayo Co. Co and others (Court of Appeal) [2019] IECA 9 (Indemnity claim between insurers in a maritime dispute)

In re a Bankrupt, Anthony Casey (Unreported, High Court, McGovern J., 10 July, 2014) (Application to set aside an adjudication in bankruptcy)

O’Neill v McDonald and others (Unreported, High Court, Bermingham J., 22 March, 2013) (Claim against solicitor for opposing party in proceedings – Extent of absolute privilege afforded by Defamation Act, 2009 – Duty of care to opposing side in litigation)

Bank of Scotland v James Mansfield (Unreported, High Court, Commercial, Kelly J., 21 December, 2011) (Application for summary judgment for liability as guarantor in excess of €200 million – legal issues raised as to set off, the statute of frauds, ingredients required for a contract of loan)

Cooper-Flynn v RTE [2004] 2 I.R. 72 (Supreme Court) (Direction to a civil jury on majority required on an issue paper – admission of hearsay evidence – whether a retrial ought be ordered)

Recently appeared in a dispute concerning the liability of a building contractor for pyritic damage with a claim value > €5 million.

Akpekpe v Medical Council and others (Unreported, High Court, Kearns P., 26 April, 2013) (Whether the absence of a right of an appeal from a decision of the Medical Council to impose a sanction of advice was a breach of the applicant’s constitutional or ECHR rights)

Flynn v Medical Council [2012] 3 I.R. 236 (High Court) (Amenability of decisions of a screening committee to judicial review, and obligation for such a committee to give reasons)

An Bord Altranais v A. O’C (Unreported, Supreme Court, Denham C.J., 21 December, 2011) (Factors to be considered in suspending a professional pending an inquiry, notice required before a decision to initiate proceedings)

Hemat v Medical Council [2010] 3 I.R. 122 (Supreme Court) (Whether defendant an association of undertakings for the purpose of competition law)

Prendiville v Medical Council [2008] 3 I.R. 122 (High Court) (Statutory construction – obligation to give reasons – composition of the Council considering sanction – whether legal advice should be given in public – appropriate test to be applied to the applicant’s conduct)

Chair of Webinar on Conduct of an International Arbitration, organised by Arbitration Ireland and the Arbitration Committee of the Bar of Ireland, 30 June, 2020

Impact of Brexit on Attorneys, their practices and their clients. Where are the likely winners? New York State Bar Association, International Section, Spring Meeting, 2017, Dublin, 21 April, 2017.