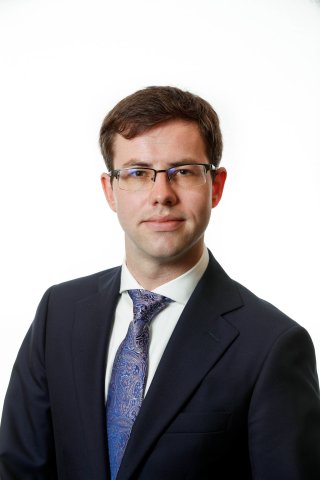 Niall is based in Dublin and has a general civil practice with a particular specialisation in the areas of succession, probate, trusts and wards of court.

Niall is a graduate of University College Dublin (BCL with Economics, 2013), the Honorable Society of the King’s Inns (Barrister-at-Law Degree, 2014)  and the London School of Economics and Political Science (LLM, 2015).

Since commencing practice, Niall has appeared before all levels of the Irish Courts in a diverse range of matters ranging from commercial and chancery matters to succession, probate, trusts and wards of court.

Niall accepts instructions from solicitors in relation to a number of court and non-court matters.

Recent cases and legal work include:

Niall was the principal legal researcher on the following publications, which were published by the Law Reform Commission:

Niall was one of the principal legal researchers on the following publication, which was published by the Law Reform Commission:

Niall provides regular contributions to the Irish Current Law Monthly Digest (ICLMD), which is published by Thomson Reuters and provides digests of cases in the Superior Courts.

Niall Lectures students in the Principles of Business Law in IBAT college, Dublin.

Niall is a Committee Member of the Moot Society of the Bar of Ireland.