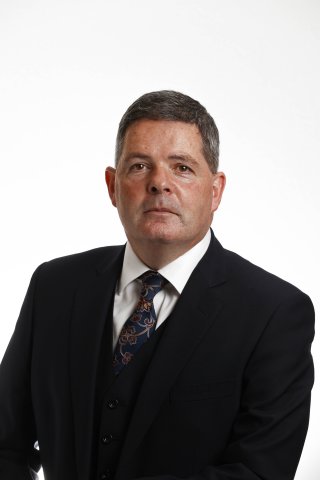 Eugene began his career as a journalist before working in the political sphere. He was Special Adviser to the Minister of State at the Department of Public Expenditure and Reform (Office of Public Works) in the 2016-2020 government where he was directly involved in the passing of two pieces of legislation, one dealing with the issue of mortgage arrears (the Land and Conveyancing Law Reform (Amendment) Act 2019) and the other addressing longer sentencing options for repeat sex offenders (the Criminal Law (Sexual Offences) Amendment Act 2019. Eugene was called to the Bar of Ireland in 2019. He has lectured in law at both NUIG and Galway Business School and he has been involved in several research projects with the NUIG School of Law, particularly in the area of housing law. His previous vast experience in media allows him particular insights into the area of defamation law. More recently, Eugene has focused on GDPR and privacy rights. He has also worked in the area of personal insolvency and immigration law.

Eugene is instructed by solicitors and in-house counsel on a wide variety of court and non-court matters.

In recent years, Eugene has worked on a number of research projects in collaboration with Prof. Padraic Kenna of NUIG Law School. These included the examination of how Unfair Contract Terms in Consumer Contracts Directive (UCTD) and the Charter of Fundamental Rights might assist borrowers in debt related proceedings.

Eugene has also examined the European Central Bank’s supervisory role and its obligations under the European Union Charter of Fundamental Rights. Among the key questions undertaken for research centred on how the ECB, in carrying out its prudential and supervisory tasks, apply the EUCFR, particularly where it links with national legislation, which transposes EU Regulations involving the ECB. Further, the research centred on how Articles 34 and 47 EUCFR are applied by the ECB in its activities, policies, operations, and governance, particularly in its regulations, decisions, recommendations, guidelines and opinions to National Central Banks (NCAs), relations with the EBA, and dealings with supervised lenders under the SSM system. More recently, Eugene carried out a legislative review of proposals for eviction moratorium and related research on EU Governance.

Lack of Insight, The ‘Insight’ clause in the new Personal Injury Guidelines potentially represents a grievous insult to plaintiffs, The Bar Review, Volume 27, No. 3, June 2022

The article explores and examines the implications for plaintiffs who suffer traumatic brain injury (TBI) and how the ‘Insight’ clause in the new Personal Injury Guidelines impacts negatively on their award for general damages. The loss or complete loss of insight or awareness will diminish general damages and how this undermines the State’s obligations under the UN Convention on the Rights of Persons with Disabilities (UNCRPD). The ‘Insight’ clause could also have implications for provisions in the Assisted Decision-Making (Capacity) Act 2015 and in particular Section 8 which states that there shall be due regard to the person’s right to dignity, bodily integrity, privacy, autonomy and control over his or her financial affairs and property.

Eugene has lectured in Land Law at NUIG and in business law subjects at Galway Business School.