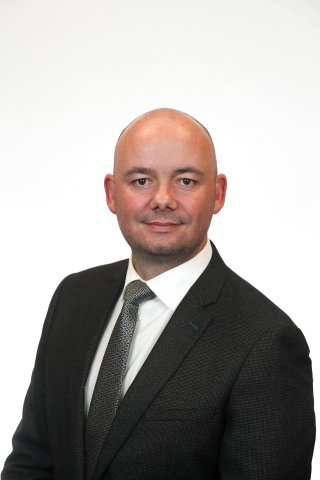 Generally based in Dublin, David has a mixed practice of civil and criminal law. Solicitors instruct him to advise clients on contentious and non-contentious matters and to also appear on their behalf in the lower and Superior Courts as well as in statutory tribunals.

David has practiced in a range of matters including:

David is a member of the Employment Bar Association. He specialises in the area of protected disclosures and disciplinary matters. He has advised or appeared for clients in Superior Court proceedings to include the seeking of interim protections, as well as in the Workplace Relations Commission, for whistleblower actions against unlawful detriment. He has advised or appeared on behalf of senior management in An Garda Síochána to include at the Protected Disclosures Tribunal of Inquiry held at Dublin Castle.

David holds an Advanced Diploma in Planning and Environmental Law from the Honourable Society of Kings Inns. He is a member of the Planning, Environmental & Local Government Bar Association and has advised clients on planning matters before Local Planning Authorities or An Bord Pleanála to include planning applications, appeals, referrals under Section 5 and he has appeared at oral hearings. He has advised or appeared in planning enforcement and injunctions and Judicial Review proceedings.

David is a member of the Irish Criminal Bar Association. He has appeared in the lower and Superior Courts in trials or appeals and has advised adult, juvenile and vulnerable clients who have been accused or convicted of criminal offences to include public order, domestic violence, theft and fraud, non-fatal, misuse of drugs, criminal damage, rape and regulatory offences.

In addition to making applications for bail in the lower and Superior Courts, David has advised or appeared for clients in Judicial Review proceedings including Article 40 inquiries and in cases stated to the High Court on a point of law.

David is a member of the Family Lawyers Association. He has advised or appeared for clients in the lower and superior family law courts in divorce and separation proceedings to include guardianship, access and custody of dependent children and international relocation. He has advised or appeared for applicants and respondents in domestic violence proceedings and for parents in child care cases involving Tusla.

David is a member of the Probate Bar Association and has advised or appeared for clients on matters concerning probate.

Experience outside of the Bar

Prior to his practice of law at the Bar, David had accumulated over 20 years experience (15 years in business ownership) in the areas of IT Systems Management & Software Development | Business Management & Development | HRM  | Property Investment | Civil Aviation Operations & Management | Regulatory Compliance. He has also been retained as an expert witness on behalf of the State in Superior Court litigation.

David is a licenced pilot and he represented Ireland at the World Air Games in 2001 as captain of the Irish Skydiving Team. He is a member of Sports Law Bar Association.

David is a volunteer with the Free Legal Advice Clinic (FLAC). He has advised or represented clients on a pro bono basis in several matters, including child care legal proceedings against the Child and Family Agency (Tusla). David is an advocate for animal rights and welfare.