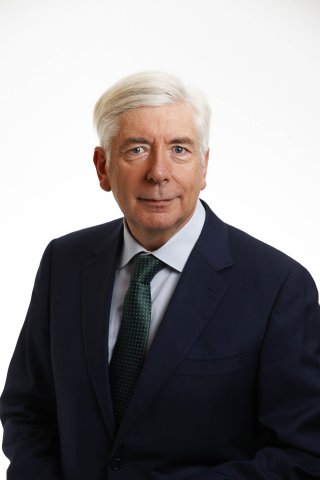 Alex White is a Senior Counsel and a mediator. He advises and represents individual, public, and corporate clients. He has a general civil law practice, specialising in employment law (statutory bodies, High Court appeals and judicial review) as well as in personal injuries (employer liability), data protection and commercial litigation. He regularly acts as a CECR-accredited mediator in employment disputes. In 2012 he took leave of absence from legal practice to serve for four years as a government minister.

The Bar of Ireland, 1994 to 2012 and 2016 to date.
Wide civil practice including advice and representation in cases heard before the statutory employment bodies and all the civil courts in disputes relating inter alia to dismissal, discrimination, equal pay, workplace accidents, bullying and harassment, working time, data protection and fixed-term contracts. Practice includes arbitration and mediation on behalf of parties, and frequently as arbitrator or mediator. Called to the Inner Bar in 2010.

Minister of State for Primary Care, 2012-2014
Included responsibility, amongst other initiatives, for devising and launching Free GP Care for younger children, as well as the continued roll-out of primary care centres. Responsible for the National Drugs Strategy and drafting the Heads of Public Health (Alcohol) Bill.

Extensive experience lecturing in law and legal-related subjects, including on the Advanced Diploma in Applied Employment Law at the Kings’ Inns (current), Griffith College CPD for lawyers in practice, and papers to the Employment Bar Association.
Previously taught employment law at the National College of Industrial Relations and was for several years Course Director in Media Studies and principal trainer in broadcast production at Kairos Communications, Maynooth, Co. Kildare.

Wide knowledge and appreciation of public policy decision-making processes, including detailed knowledge of the legislative process and the regulatory environment.

Proven ability to grasp and to mediate complex and sensitive disputes honed over many years’ experience in the employment disputes arena, industrial relations, government, and as a media professional.

Appreciation of the varied and competing forces at work in the economy, gained through practical experience interacting with labour market actors (employers, employees and their representative bodies) both as a lawyer and public representative and government Minister.

Excellent communication skills, and ability to convey information and analysis in a clear and accessible manner. Good writing, IT and analytical skills, together with strong organisational and administrative ability.

Mediation of employment disputes in the health sector, the civil service, and third level institutions

– the employee in Judicial Review proceedings against public sector employer

– multiple applicants in their claims to Hepatitits C Compensation tribunal