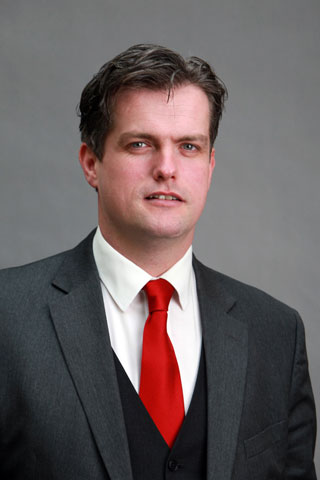 Mark O’Riordan is a barrister specialising in the areas of succession law, probate, equity, trusts, and wards of court.

Mark graduated in law (BCL) from University College Dublin in 1999, with first class honours.  He later completed a Master of Laws (LLM) degree by research entitled Cultural Heritage Law in Ireland at University College Dublin as a Government of Ireland Scholar and as a Faculty of Law Scholar. Following his studies at King’s Inns, he was called to the Irish Bar in 2001.

Mark is a former legal researcher at the Law Reform Commission, where he was secretary to the e-Conveyancing and Land Law Working Group and the Landlord and Tenant Working Group.  In 2008, he completed the English South-Eastern Circuit’s International Advanced Advocacy Course at Keble College Oxford.  He has tutored land law at University College Dublin, the law of torts at Trinity College Dublin, lectured in constitutional law at Griffith College Dublin, and has lectured on the Law Society of Ireland’s professional practice course and its Diploma in Civil Litigation, as well as numerous lectures to solicitors and other professional groups.

Mark is a committee member of the Probate Bar Association of Ireland.

Re Flannery Deceased; Flannery v Flannery [2009] IEHC 317 – Feeney J – Acted as Junior Counsel for the Executor in opposing a Will challenge on the basis of testamentary capacity – Will successfully upheld by Feeney J;

Re H Deceased; S v H & Ors [2010] IEHC 70 – Murphy J – Acted as Junior Counsel for the Executor in a case regarding appropriation under Sections 55 & 56 of the Succession Act 1965 and the determination of the relevant date for valuing shares or fractions of an estate;

Browne Deceased; Maryon v Wright [2014] IEHC – Gilligan J – Acted for the Caveator (challenger) in a Will challenge, including a separate successfully defended security for costs application, where challenger to Will resided in South Africa – Will successfully condemned by Gilligan J;

Earls Deceased; Laaser v Earls & Anor [2016] IECA 63 – Kearns P , Irvine, Edwards and Hogan JJ (CA), Heneghan J (HC retrial) – Acted as Junior Counsel for the Executors in opposing the first ever Will challenge by a civil partner in Ireland; High Court trial (Kearns P), Court of Appeal (Hogan J nem diss), and the subsequent re-trial of that case in the High Court (Heneghan J) where the Will was admitted to proof in solemn form of law;

Daly v Murphy [2017] IEHC 650 – Gilligan J – Acted as sole Counsel for the Executor in a construction suit relating to a residuary gift in a Will to an Executor to be applied for such purposes as the Executor “in his absolute discretion shall think fit” – first ever application of Section 49(1) of the Charities Act 1961 – residuary gift upheld as charitable gift;

Coltard v Davis [2017] IECC (31 March 2017, Dublin Circuit Court) – Comerford J – Acted as sole Counsel for newspaper vendor in a successful counterclaim on the basis of a constructive trust for licence to sell newspapers from a movable stall at shopping centre for the lifetime of the vendor;

Re PC Deceased [2017] IEHC 797 & [2018] IECA (24 July 2018) – Binchy J (HC); Peart J (Hogan and Whelan JJ concurring) (CA) – Acted as sole Counsel, and later Junior Counsel, for the Committee of a Ward of Court in the appointment of Administrator Pendente Lite for purposes of obtaining legal right share to estate of the Ward’s deceased spouse;

Re Hannon deceased [2018] 3 IR 402 – Baker J – Acted as sole Counsel for Executor where Section 27(4) of the Succession Act 1965 was utilised for the granting of liberty to extract a Grant for purposes of implementing a compromise between beneficiaries;

Re K Decd; K v K [2019] 2 ILRM 23 – McDonald J – Acted as Junior Counsel for the son of a deceased lady in a successful claim by the son for specific performance of a testamentary contract against estate of his mother and also allied claims in promissory estoppel and under Section 117 of the Succession Act 1965.

Section 117 of the Succession Act 1965: Practice and Procedure and Recent Developments – Solicitors for the Elderly / Law Society Professional Training (May 2019)

Probate and Succession Law: Practice and Procedure in Contentious and Non-contentious Business – Society of Trust and Estate Practitioners (STEP) (May 2018)

For Richer, For Poorer… Spouses and Civil Partners under the Succession Act 1965 – Family Lawyers Association of Ireland (November 2017)