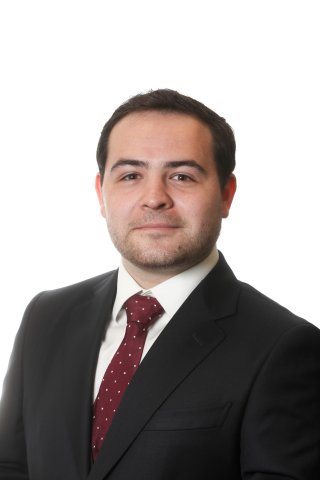 Killian was called to the Bar in 2018 and maintains a general civil practice. He is regularly briefed to appear in the High, Circuit and District Courts in both substantive and procedural hearings.

Prior to joining the Bar, Killian studied at the University of Dublin (LL.B) and the University of Edinburgh (LL.M). His Master’s degree focused on EU competition law, corporate governance and international private law. Further, Killian was supervised in his early career by several established practitioners and assisted with drafting/submissions for cases in the Personal Injuries, Chancery, Non-Jury and Commercial Lists.

In addition to his practice as a barrister, Killian writes daily articles on developments in case law for Irish Legal News, a leading media outlet for Irish lawyers. He also is a digest editor for the Irish Current Law Monthly Digest which is published on Westlaw.

Killian is instructed in civil matters at all levels of the legal system. Killian regularly represents banking, corporate and insurance entities. Examples of recent work in which Killian has been engaged include:

Additionally, Killian has extensive experience in procedural applications including as discovery, interrogatories, third party and strike out moti0ns.

Detailed information of Killian’s recent work is available upon request.

Killian is currently a contributor to Irish Legal News and writes daily case reports on Superior Court cases. The case reports are among the most widely-read updates on Irish law in the country.

Killian is also a Digest Editor for the Irish Current Law Monthly Digest which is found on Westlaw.

As a result of these authoring positions, Killian has produced hundreds of case reports on Irish law. Killian uses these case precedents to remain up-to-date on current issues and developments in case law.

In 2019, Killian delivered a CPD titled “Periodic Payments Orders and the Civil Liability (Amendment) Act 2017 – A Dead Letter?” at the Lawyers Against Homelessness lecture series. The lecture focused on the decision in Hegarty v. HSE [2019] IEHC 788 which determined that PPOs were not a good remedy for injured plaintiffs.

Additionally, Killian has an accredited lecture from the Insurance Institute of Ireland entitled “PIAB – Time for Reform.” The lecture examined the utility of the Personal Injuries Assessment Board and the potential reforms which could provide better outcomes for plaintiffs and defendants.

Killian has also delivered a lecture on settlement and negotiation to the Dublin Solicitors CPD body in 2019.