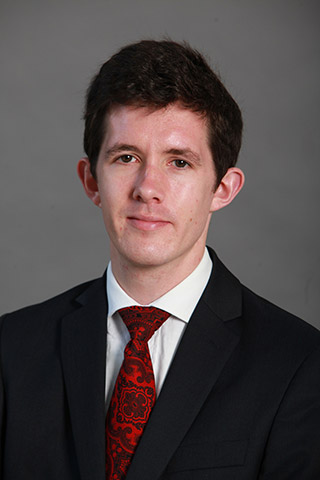 Eoin studied Business & Law in University College Dublin. He graduated with distinction from the London School of Economics and Political Science, gaining a master’s degree in corporate and commercial law.

Eoin was called to the Bar of Ireland in 2011 and worked as a full-time researcher for Rossa Fanning SC. He commenced practice in 2012, completing his pupillage under Stephen Dowling SC and Joe Jeffers.

Eoin is a member of the British Irish Commercial Bar Association and was a co-opted member of the General Council of the Bar of Ireland, 2020-2021. His personal interests include politics, military history and sailing.

McNulty v. Taite and Feniton Property Finance DAC – represented the defendants in a successful commercial court application to strike out the Plaintiff’s claim for specific performance.

Re Johnston – successfully represented an objecting creditor before Monaghan Circuit Court in one of the first cases to test whether farm assets are amenable to protection under section 115A of the Personal Insolvency Act 2012.

Re Clarkson – successfully represented an objecting creditor before the High Court in one of the largest PIA cases by debt value.

Re Lester Dundalk Hotel Ltd. – acted for the petitioner in an application to restore the company to the register and in subsequent winding-up application

Eoin acted for a number of investment business firms in applications under the Investment Intermediaries Act 1995 to regularise acquiring transactions.

Eoin has provided advices in relation to shareholder disputes and corporate mergers and acquisitions.

Eoin has acted for both creditors (including banks, funds, private enterprises and individuals) and debtors in a large number of summary judgment actions before the Circuit Court, High Court and Court of Appeal, as well as in related enforcement proceedings.

Eoin has acted for landlords and tenants in commercial and residential matters, including before the Residential Tenancies Board, the Circuit Court and the High Court.

Eoin has acted or advised in cases involving specific performance, applications to vacate lis pendens and injunctions in relation to land.

On 3 March 2021 at the invitation of the Council of Europe, Eoin addressed a conference of Cypriot judges and lawyers to provide an Irish perspective on the introduction of new civil procedure rules in Cyprus.

Eoin addressed the Dublin Solicitors’ Bar Association on the impact of Brexit on cross-border insolvency and data protection on 15 April 2021.

Eoin contributed to a joint opinion for the Public Interest Law Alliance and Migrant Rights Centre Ireland on the introduction of an earned regularisation / path to citizenship scheme.

Eoin acted as a guide for the Bar of Ireland’s “Look into Law” programme for transition year students.

Eoin served as a co-opted member of the General Council of the Bar of Ireland, 2020-2021, working on the Education & Training Committee and the Civil State Bar Committee and chairing the Bar Council’s GDPR Working Group.