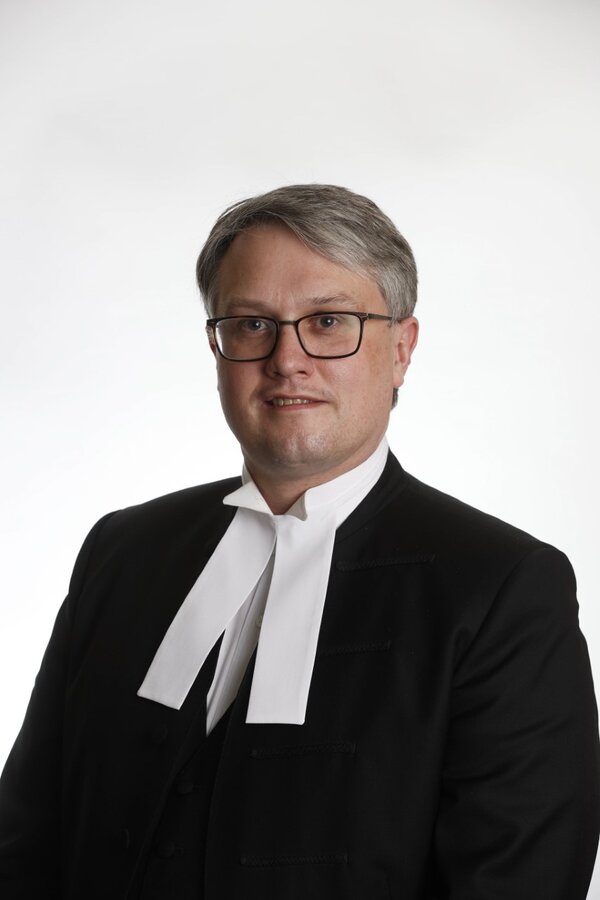 Darren Lehane is a Senior Counsel practicing in Commercial and Public Law.

Darren has a broad maritime practice with an emphasis on shipping and commodities, international trade, energy, banking and insurance. Within these fields his work covers the full range of disputes dealing with charterparties, shipbuilding, ship finance, fisheries, submarine pipelines, arbitrations (ICC, LCIA and Ad Hoc), collisions and ship arrest.

Spamat S.R.L. v The owners and all persons claiming an interest in the M.V Alimirante Storni [2020] IECA 58

Acting for the Master of a Cargo Ship which ran aground off the Irish Coast in a prosecution by the Minister for Transport, Tourism;

Acting for French Bank in successful opposition to a jurisdictional challenge to Irish proceedings – (S.G.B. Finance S.A. -v- The Owners and all Persons Claiming an Interest in the M.V. “Connoisseur” [2018] IEHC 699)

Acting for the Owners in a strike out application Roy Brophy v The Minister for Defence, Ireland and Others [2016] IEHC 791 and on appeal

Acting for Owners in the High Court and Court of Appeal in successful defence to an admiralty claim Spamat S.R.L. v The Owners and All Persons Claiming an Interest in the M.V. Alimirnte Storni [2020] IECA 58

Acting for a Cruise line in the High Court and Court of Appeal in a successful defence to a package holiday claim based on a failure to plead local standards Kellett v RCL Cruises Limited, Panther Associates Limited T/A Cruise Holidays and Panther Associates T/A Tour America [2019} IEHC 408 and [2020] IECA 138

Acting for Owners in a Collision between a tanker and a fishing vessel (ongoing);

Acting for the owner of a major sub-sea fibre optic cable in a dispute with the Irish national energy and gas utilities over a crossing agreement;

Acting for the Owners of a Yacht in a Collision (ongoing);

Acting for Owners in a major grounding claim (ongoing).

Acting for the Master of the then largest fishing trawler in the world in criminal proceedings for IIU Fishing;

Acting for the Owner and Master of a fishing trawler in the first ever oral appeal under the European Union (Common Fisheries Policy) (Point System) Regulations 2014;

Acting for Holder of Aquaculture Licence in successful dispute with the Irish State – Murphy’s Irish Seafood Limited -v- Minister for Agriculture Food and the Marine [2017] IEHC 353;

Acting for the Irish State in the High Court (Fitzpatrick & Anor -v- Minister for Agriculture, Food and The Marine & Anor [2018] IEHC 772 & [2018] IEHC 77) and Supreme Court (leapfrog appeal – ongoing) in a challenge to the allocation of quota for Prawns;

Acting for the Irish State in the High Court and Supreme Court in a challenge to the allocation of quota for mackerel;

Acting for a group of fishermen in a dispute with the owners of a major sub-sea fibre optic cable;

Darren was the Principal Legal Researcher on the Law Reform Commission Consultation Paper (2003) and Report (2005) on Public Inquiries.

Acting as Junior Counsel (working to Ryan J (as he then was) to the Commission to Inquire into Child Abuse (“The Ryan Commission”);

Acting for a number of parties before the Tribunal of Inquiry into Payments to Politicians and Related Matters and in related litigation (“The Moriarty Tribunal”);

Acting for a number of parties ( in connection with the Tribunal of Inquiry into Certain Planning Matters and Payments and in related litigation (“The Planning Tribunal”);

Acting as Counsel for a party before the Tribunal of Inquiry into whether Members of An Garda Siochana (The Irish Police Force) or other Irish Officials colluded in the Shooting Dead of two RUC Officers on 20 March 1989 and in related litigation (High Court) (“The Smithwick Tribunal”);

Acting as Counsel for the former Chairperson of the Public Accounts Committee of Dáil Eireann (Lower House of Parliament) and the former editor of a major newspaper in two separate modules before the Tribunal of Inquiry into protected disclosures made under the Protected Disclosures Act 2014 and certain other matters following Resolutions (“The Disclosures Tribunal”);

Acting for a successful plaintiff in obtaining an emergency interlocutory injunction against a major Sunday newspaper;

Acting for a successful plaintiff in obtaining an emergency interlocutory injunction against a major national broadcaster;

Acting for a successful plaintiff in defamation proceedings involving the first trial involving the defence of Honest Opinion under the Defamation Act 2009;

Acting for a defendant broadcaster in defamation proceedings arising out of an election debate broadcast during the Irish Presidential Election;