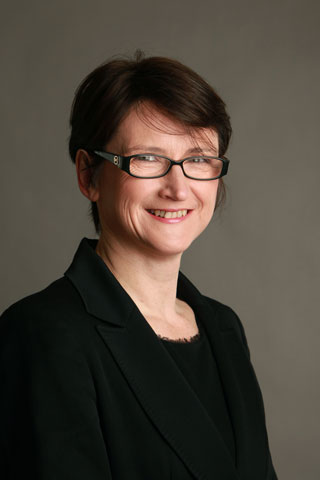 A graduate of Trinity College Dublin, Ms. Phelan came to the Bar having first completed an LLM at the Institute of Comparative Law, McGill University where she was awarded the Greville Smith Fellowship.  She was called to the Outer Bar in July, 1995 and has been in full time continuous practice since then.  She was called to the Inner Bar in 2015.

Ms. Phelan’s practice specialisation is the area of public law where she acts for both Applicants and public body respondents in judicial review proceedings.  She has a particular interest in human rights law and has been involved in many of the leading constitutional cases of the last decade.  In addition, she has a general civil litigation practice and has practised across all court jurisdictions in areas from planning, health and safety, commercial, employment, personal injuries, equity, defamation, family law and property law.

Ms. Phelan was chairperson of FLAC between 1995 and 2004 and received a Rehab Person of the Year Award for this work in 2004.

As an undergraduate she studied law at the Universite de Paris II and is a fluent French speaker.

Ms. Phelan’s case-load is principally in the area of judicial review where she acts both for applicants and respondents across the broad spectrum of public law (housing, planning, asylum and immigration, professional regulation, licensing and a broad range of cases involving questions regulatory and statutory compliance), constitutional law and human rights law.    She currently acts for the Plaintiff in a challenge to the constitutionality of the State’s proposed ratification of the CETA international trade agreement (under which Ireland would adhere to an International Investor Court) without referendum.  Separately she acts for Plaintiffs who were victims of historic abuse within the education system in challenges to the State’s failure to provide an effective remedy including proceedings taken on behalf of a number of Applicants in challenges brought to the Report of the Commission of Investigation into Mother and Baby Homes.  She also appears for separate individuals before Commissions of Investigation (notably the Cregan Commission and the Farrelly Commission).

Important recent cases in which Ms. Phelan has appeared include the latest round of the Celmer litigation (concerning surrender to Poland) along with a number of ground breaking Supreme Court appeals, including Damache (revocation of citizenship); S (“marriages of convenience” and the immigration system) and, notably, Re JJ.  The latter case is probably one of the most important ever cases on Article 41, Article 42A and wardship generally. Ms. Phelan appeared for the mother of an eleven year old boy who was severely injured after a road accident in the summer of 2020 and who opposed an application made by a hospital to discontinue his treatment treatment. This case produced detailed and complex judgments from Irvine P. and, thereafter, the Supreme Court.

Other notable cases in which Ms. Phelan has acted include: Meadows v. Minister for Justice, Equality and Law Reform (landmark case establishing test of unreasonableness in decisions affecting human rights); Gabriel v. Financial Services Ombudsman (point of law under Consumer Credit Act); Kerins v. Dáil Eireann & Ireland (Justiciability of harmful actions of members of the Public Accounts Members); Collins v. Ireland (lawfulness of State’s actions in assuming liability for Bank indebtedness – also the previous case of Hall v. Ireland); Philips v. Financial Services Ombudsman (point of law in relation to section 57BX(3)(a) of the Central Bank and Financial Services Authority of Ireland Act, 2004); O’Brien v. Financial Services Ombudsman (delay in decision making process); McCann v. Ireland (imprisonment for civil debt); Reid v. IDA and Ors (a far reaching challenge to powers of compulsory purchase vested in the IDA, raising issues in relation to procedural safeguards and property rights); Zatreanu v. Dublin City Council (duty to give reasons in the context of decision making, social housing and applications to transfer) and Jama v. Minister for Social Protection & Ors. (access to previous decisions of Tribunal as an aspect of fair procedures); Hickey v. HSE (challenge to variation in contractual terms in respect of the GMS and Drugs Payments Schemes in the pharmacy sector); Haire v. Ireland (challenge to the FEMPI legislation as it impacted on the pharmacy sector); Celmer v. Ireland (Charter Compliance of Execution of Extradition to Poland by reason of absence of non-judicial independence); Savickis v. Governor (for a prisoner who had been beaten while in prison – cases raised the question of whether the rules regarding contributory negligence applied at all to an intentional tort and the award of exemplary damages for a breach of constitutional rights);  Iurescu v. Minister for Justice and Equality & Ireland (challenge to lawfulness of refusal of citizenship to non-national child based on criminal antecedence of a parent); PC v. Minister for Social Welfare & Ors. (constitutional challenge to the disqualification of sentenced prisoners from receipt of contributory state pensions); White v. Bar Council of Ireland & Ireland (challenge to refusal to permit retired Judge return to Legal Aid Panel); Rafferty v. Ireland (right to full compensation of farmers whose sheep were culled on the Cooley Peninsula); Pullen v. Dublin City Council & Ors (housing); Fleming v. Ireland (assisted suicide); Doherty v. South Dublin County Council & Ors (traveller accommodation); Stokes v. Clonmel Boys School (traveller access to education); Louise Hannon v First Direct Logistics Ltd. (a successful claim against an employer for discrimination as a consequence of being a transgendered person); Cahill v. Minister for Education (a case concerning reasonable accommodation in the Leaving Certificate examinations for students with dyslexia in which the decision of the Circuit Court, on appeal from the Tribunal, is in turn now under appeal to the Supreme Court on a point of law); Singh v. An Garda Commissioner (acting for a member of the Irish Sikh community in his proceedings against the State for failing to vindicate his right to religious freedom by preventing the wearing of a turban by reserve members of the Gardai); Nash v. DPP (judicial review proceedings arising from delayed prosecution and associated criminal prosecution for the Grangegorman double murders); Shine v. DPP (judicial review arising from delay in respect of historical abuse by doctor of multiple victims); Wall v. DPP (failure to seek out and preserve evidence); D v. HSE & Ors (right to travel for termination of pregnancy); Magee v. Ireland (legal aid for coroner’s inquest), E v. Ireland (lack of statutory provision for the protection of non-marital children); Foy v. An tArd Chlaraitheoir & Ors (the first Declaration of Incompatibility under the provisions of section 5 of the European Convention on Human Rights Act, 2003 was granted); McCormack v. Minister for Social Protection & Ors. (refusal of rent supplement to separated father and interference with family rights); Keegan v. GSOC (investigation into death in Garda custody) and Power v. Information Commissioner (challenge in relation to refusal to release records in the context of medical assessment in child sexual abuse allegations).

In addition to a busy practice at the Bar, Ms. Phelan has sat as Chairperson of the Mental Health Tribunal since 2006 and as a member of the Dispute Resolution Committee of the RTB since 2016.

The Doctor’s Duty of Confidentiality and the Prosecution of Criminal Offences, (1996) Medico-Legal Journal of Ireland 52

Researched and co-authored draft book on Legal Entitlements of the Elderly for the National Council for the Elderly, (1995-1996) (subsequently edited for publication by Ita Mangan)

Ms. Phelan worked as a lecturer in European Human Rights Law and Private International Law on the undergraduate programme at NUIG in the early years of her practice.  She subsequently lectured on the Higher Diploma in Healthcare Risk Management (NUID), the MBA in Healthcare Management and serveral other Higher Diploma courses offered by or in conjunction with the Division of Legal Medicine, NUID.  She participates as lecturer on the Bar Council CPD Programme and is a member of the Advocacy Faculty of the Bar of Ireland.  Most recently, she participated as speaker in a series of FLAC lunchtime seminars to mark the twentieth anniversary of Irish equality legislation (June, 2021).

Ms. Phelan was invited by PILA to launch the Pro Bono Pledge in 2021 and is a signatory of the Pledge.  She accepts instructions through the Voluntary Assistance Scheme of the Bar of Ireland.